She was in the process of moving and, on that same day, had gotten help packing from acquaintance Sgt. Louis Perez. That night, she agreed to go on a dinner cruise in San Diego with Perez.

Shortly after being picked up by Perez, a friend received a text message from her cellphone that read, Help. That message was followed by others that did not appear to have been written by her.

Two days later, her body was found nude and mutilated in a remote, dirt field in Winchester, Calif.

Perez, Jessica Lynn Lopez, and Dorothy Maraglino were arrested and charged with her murder.

Investigators said the suspects were involved in a bondage, discipline and sadomasochistic lifestyle. They were also charged with torture, kidnapping, conspiracy to commit a crime and attempted sexual battery in her slaying.

Her autopsy report, determines she had sustained injuries indicating she was strangled, as well as wounds consistent with someone using a tool such as a saw [sic] in an attempt at dismembering her.

A room that was set up to be an apparent sex dungeon was discovered in the home the suspects shared.

CA Civ Code: 1710.2. (a) No legal action can be taken against an owner of a property or his or her real-estate agent for not disclosing to the buyer, a death at the property that occurred more than three years from the date it was sold or rented. 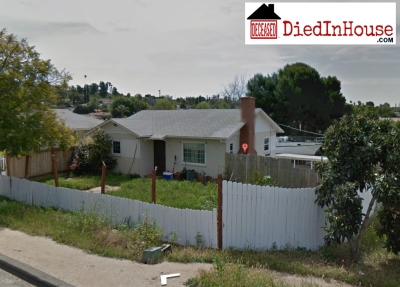 Purchase my Own Search! Back
Join the Diedinhouse.com Affiliate Program! Earn a monthly commission by helping sell our reports! Learn More