Just a few days ago we reported on the couple who purchased the house that inspired The Conjuring. Now, there’s another house with a dark past hitting the market. Going for £1.5 million, this Los Angeles home has two bedrooms, one-and-a-half bathrooms, a pool and a canopy of fruit trees. It’s lovely. However in 1968, it was the location of one of the Manson family murders. Just the night after the group brutally murdered actress Sharon Tate and four others, Manson and his followers descended on the Waverly Drive home to claim the lives of supermarket chain owner Leno LaBianca and his wife, Rosemary.

Say prospective buyers are not in the possession of a smartphone, computer or any internet-linking device, will they 100% know about the history of the house? Under Californian law, real estate agents must reveal whether a death occurred in a home, but only if it happened in the last three years. As it’s been half a century since the killings, real estate agents can keep quiet in this case.

However, to avoid problems down the track, Robert Giambalvo, the agent handling the sale has been upfront. He told the Los Angeles Times that on the listing service he’s included that it’s ‘the LaBianca house, and to do research before showing.’ Interestingly, there is a website DiedinHouse.com that will provide services which uncover the deaths at any given United States address for $11.99. Sounds like the perfect website to either save a lot of stress, or ruin a current unknowing homeowner’s opinions on their dream abode.
https://metro.co.uk/2019/07/24/the-la-house-where-... 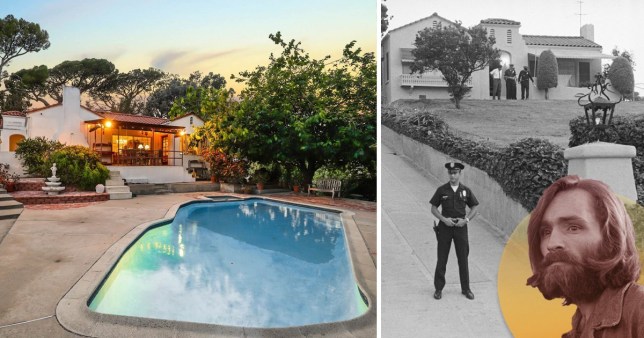 Purchase my Own Search! Back